Yesterday's edition of the Sooner Catholic, a print publication of the Archdiocese of Oklahoma City, included a nice review of the Sacred Art Series. See January 25, 2015 edition here.

Discount Code: Enter discount code SOONCATH when checking out at Amazon. This will get you 15% off one item or 20% off two or more items from the Sacred Art Series. The code will remain valid through the end of January. 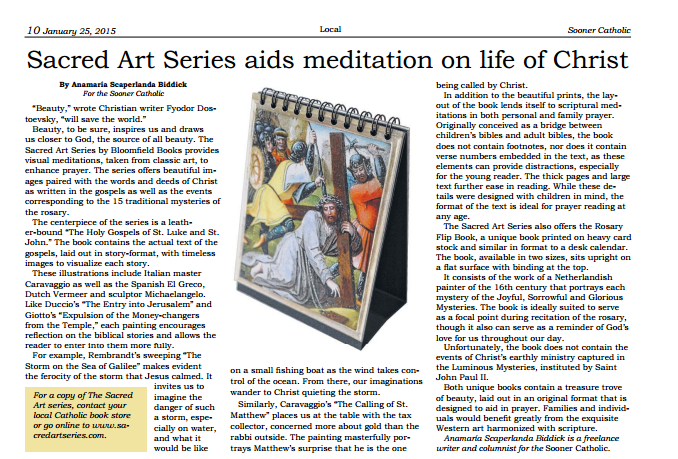 Posted by Will Bloomfield at 8:25 PM

The Conversion of St. Paul - January 25

Today is the feast of the conversion of St. Paul, which is found in Chapter 9 of the Acts of the Apostles:

But Saul, still breathing threats and murder against the disciples of the Lord, went to the high priest and asked him for letters to the synagogues at Damascus, so that if he found any belonging to the Way, men or women, he might bring them bound to Jerusalem. Now as he journeyed he approached Damascus, and suddenly a light from heaven flashed about him. And he fell to the ground and heard a voice saying to him, “Saul, Saul, why do you persecute me?” And he said, “Who are you, Lord?” And he said, “I am Jesus, whom you are persecuting;but rise and enter the city, and you will be told what you are to do.” he men who were traveling with him stood speechless, hearing the voice but seeing no one. Saul arose from the ground; and when his eyes were opened, he could see nothing; so they led him by the hand and brought him into Damascus. And for three days he was without sight, and neither ate nor drank.

Now there was a disciple at Damascus named Anani′as. The Lord said to him in a vision, “Anani′as.” And he said, “Here I am, Lord.” And the Lord said to him, “Rise and go to the street called Straight, and inquire in the house of Judas for a man of Tarsus named Saul; for behold, he is praying, and he has seen a man named Anani′as come in and lay his hands on him so that he might regain his sight.” But Anani′as answered, “Lord, I have heard from many about this man, how much evil he has done to thy saints at Jerusalem; and here he has authority from the chief priests to bind all who call upon thy name.” But the Lord said to him, “Go, for he is a chosen instrument of mine to carry my name before the Gentiles and kings and the sons of Israel; for I will show him how much he must suffer for the sake of my name.” So Anani′as departed and entered the house. And laying his hands on him he said, “Brother Saul, the Lord Jesus who appeared to you on the road by which you came, has sent me that you may regain your sight and be filled with the Holy Spirit.” And immediately something like scales fell from his eyes and he regained his sight. Then he rose and was baptized, and took food and was strengthened.


Caravaggio has two famous paintings of this event. The first is from 1600 and is today housed the Odescalchi Balbi Collection in Rome. Wikipedia explains that the first painting was rejected by the painting's commissioner, thus leading to the second painting.

Caravaggio completed the second painting in 1601; it is also located in Rome and is found in the church of Santa Maria del Popolo. Posted by Will Bloomfield at 8:56 AM 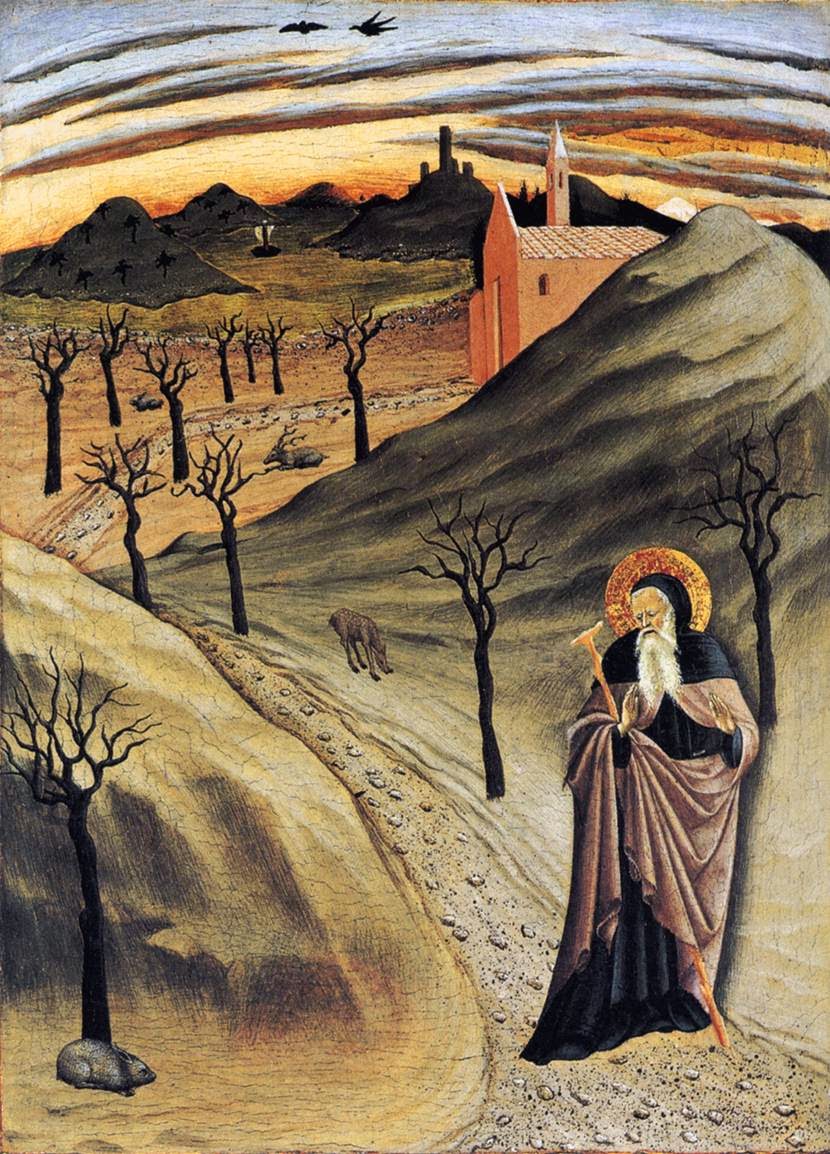 Here is the complete .pdf of the Sacred Art Series' The Gospel of St. John - Latin Vulgate Edition. I've also left the entire document in the public domain, so you are welcome to share.

A softcover printed version can be ordered at Amazon here.

OnePeterFive graciously allowed me to write an article regarding the Sacred Art Series. It was published today. Check it out!

As Christians, we have a duty to evangelize: “Go into all the world and preach the gospel to the whole creation.” Mark 16:20. But where and how should we evangelize? Often, this is less clear. One place where the duty to evangelize should be clear is within our own families.

I am a father of four, godfather of three, and uncle of nineteen. About a year ago, and as my oldest was still learning to read, I began to ask myself: How could I share the Gospels themselves–the very life of Christ–with my son? What book could I give him–and my godchildren and nieces and nephews–that I could reasonably expect him to read, but that also included the actual text of the Gospels?

Posted by Will Bloomfield at 5:38 PM

Baptism of the Lord

Today is the Baptism of the Lord. What a wonderful event! Christ is baptized by John the Baptist in the Jordan River and the heavens themselves are opened:


Now it came to pass, when all the people were baptized, that when Jesus was also being baptized and was praying, heaven was opened; and the Holy Ghost descended in a bodily shape, as a dove, upon him; and a voice came from heaven: "Thou art my beloved Son; in thee I am well pleased." [Luke 3: 21-22]

It is no wonder that so many beautiful works of art have been made commemorating this glorious revelation of the Blessed Trinity: God the Father speaks of His beloved Son and the Holy Spirit descends upon that incarnate Son, Jesus Christ. What a scene!

Here is Bartolome Esteban Murillo's painting of the event (this is also the image I included in the Sacred Art Series' The Holy Gospels of St. Luke and St. John.

Murillo was a Spanish baroque painter and has become one of my favorites. Here is his wikipedia page; many of his paintings are available at wikiart.org here.
Posted by Will Bloomfield at 5:47 PM

Here is Bartolome Esteban Murillo's Adoration of the Magi (circa 1660).

Posted by Will Bloomfield at 7:49 PM

Back in December, I was interviewed on the nationally-syndicated SonRise Morning Show regarding the Sacred Art Series' The Holy Gospels of St. Luke and St. John. In case you missed it, here's the interview. Also, I've edited the YouTube video to include the various pieces of art that host Matt Swaim and I discussed. Enjoy!

(And thanks again to my gracious hosts at the SonRise Morning Show for having me on. It was fun!)
Posted by Will Bloomfield at 5:45 PM