Below: Christ appears to Mary Magdalene, by Fra Angelico 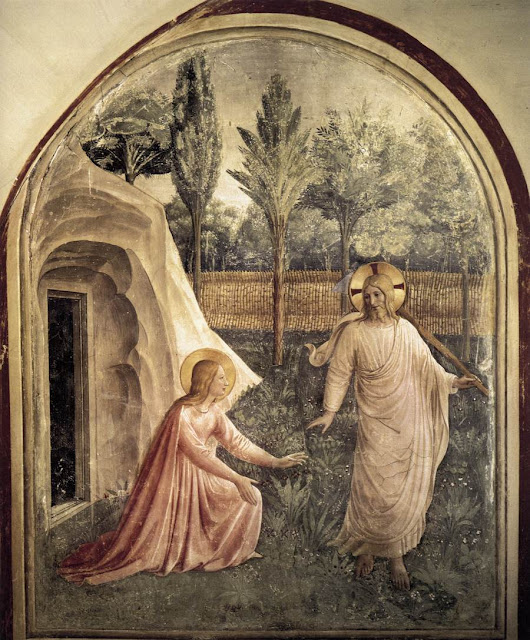 Posted by Will Bloomfield at 9:24 AM

From an ancient homily for Holy Saturday (from today's Office of Readings):

Rise, let us leave this place. The enemy led you out of the earthly paradise. I will not restore you to that paradise, but I will enthrone you in heaven. I forbade you the tree that was only a symbol of life, but see, I who am life itself am now one with you. I appointed cherubim to guard you as slaves are guarded, but now I make them worship you as God. The throne formed by cherubim awaits you, its bearers swift and eager. The bridal chamber is adorned, the banquet is ready, the eternal dwelling places are prepared, the treasure houses of all good things lie open. The kingdom of heaven has been prepared for you from all eternity.

Below: Christ's Descent into Hell by Duccio 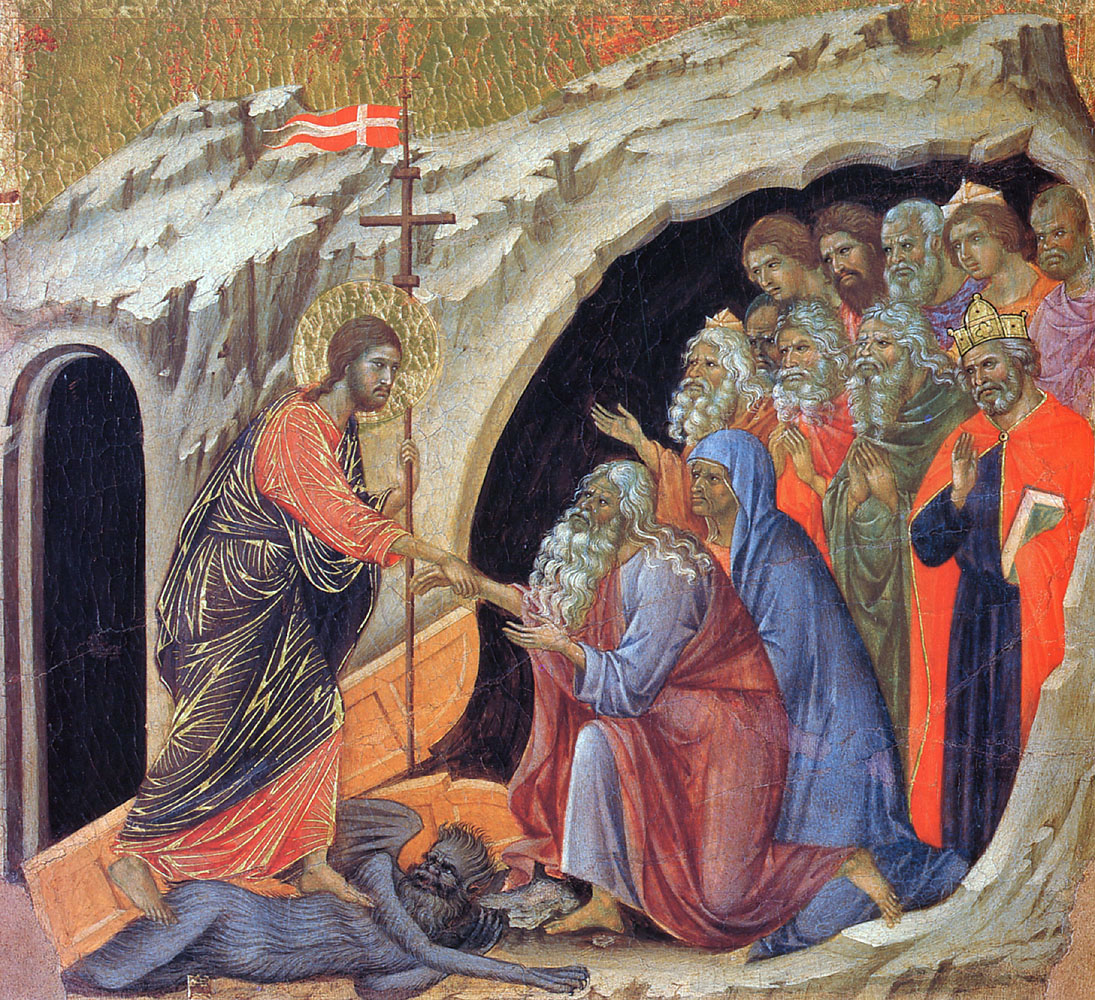 Posted by Will Bloomfield at 8:35 AM

Today is Day 1 of the Divine Mercy Novena.

Below: The Crucifixion by Fra Angelico, Metropolitan Museum of Art, New York City 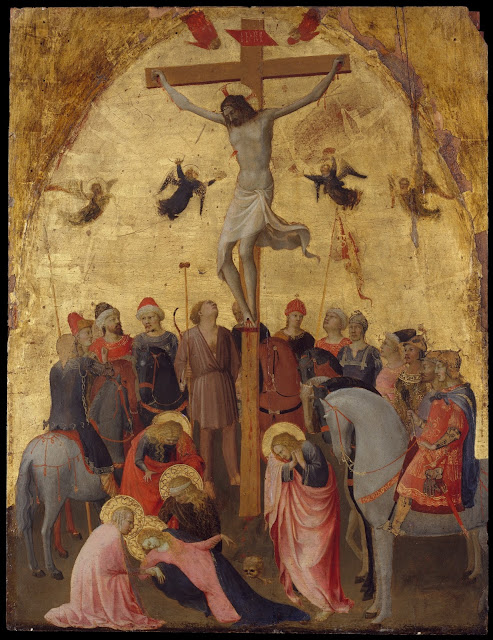 Posted by Will Bloomfield at 3:23 PM